Love Home Fabrics is always ahead of the curve. We are a leader within the interior textiles market thanks to our clear vision of the future.

Our combined strengths, knowledge and craftmanship determine our path that leads to perfection. We’re proud of our accomplishments, our premium quality and unparalleled beauty. Respecting and preserving nature for the next generations is one of our most important goals. We do not inherit the earth from our ancestors, but borrow it from our children.

Love Home Fabrics was established in 2017 and has hubs in Belgium, the USA, India, and China. Together with the dozens of agents we work with across the world, we are close to you at every waking hour, wherever you live.

From 2002 until today Mrs. Caroline Delbeke & Mr. Thierry Delbeke are proud to be at your service.

We have a loom facility which is continuously updated with the newest technology.

We follow the market and keep our production up to date with high-tech equipment in dobby or Jacquard looms, including different types of machinery, which have their own specific skills.

Our new location, in Kruisem, gives us the possibility to invest in the most advanced technology of looms so we can offer our customers the best quality and service.

Deltracon is a family owned weaving mill of high end linen fabrics.
Deltracon was founded in 1990 by Rudy & Kathleen Delchambre. In 2013 their daughter, Darline, also started working in the company.

We produce linen fabrics for sheers, drapery, upholstery and wallcovering. Some or our fabrics are also used for bed- and table linen. Plains, dobbies, jacquards and embroidered fabrics are produced in 140/150 or 300 cm. Using natural noble materials has always been our passion.

In 2009 we took over a Belgian trimming company and renamed it Flanders’ Trimmings.
This company produces high quality trimmings & tiebacks/tassels.

After the unfortunate demise of Van Maele Weavers in October 2018, Deltracon decided not to let Van Maele’s history go lost since it suited so well with its’ own.

We purchased 10 weaving looms with 24 shafts, the entire yarn stock, archives and the Van Maele name.

Deltracon treasures the past, present and is especially looking to the future since now a complete range of home furnishing fabrics can be offered.

Our linen world
ABOUT US
We have been passionate about linen since 1858, initially as a trading house in Kortrijk, and later in Meulebeke when the weaving mill was established. Our belief in flax and linen as a sustainable premier product has only grown throughout the years.

Belgian premier quality
Our focus on a single raw material has led to extensive specialization in a range of markets and a renown position internationally: we are among the largest linen weaving mills in Europe. 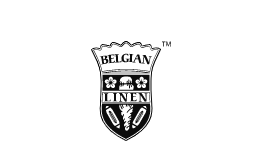 BELGIAN LINEN™
Only 6 weavers around the world may carry the Belgian Linen™ quality label. This has been a symbol of linen woven in Belgium from at least 85% European flax fibers since 1960. It is a guarantee of quality, traceability and authenticity, which is independently managed and supervised by the Belgian Linen Association. 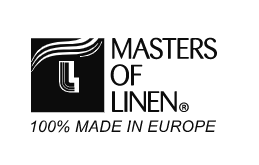 MASTERS OF LINEN®
Libeco linen carries the Masters of Linen® quality label. This guarantees that the linen was entirely made in Europe with a guarantee of transparent production processes and traceability. This label was introduced by (and is monitored by) the European Confederation for Flax and Hemp, or CELC. 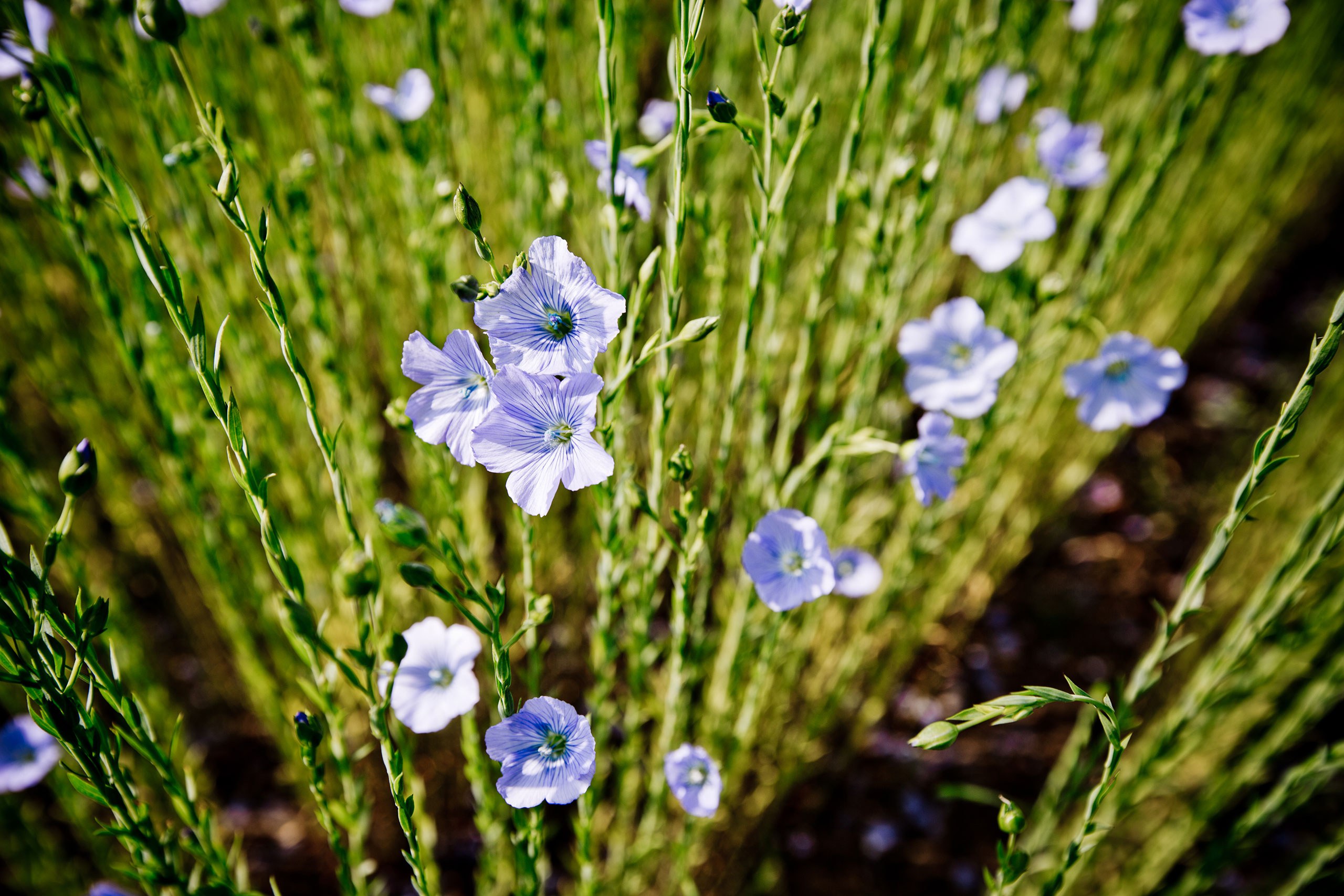 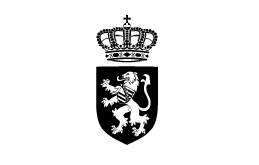 WARRANTED PURVEYOR TO THE COURT
There is no better testimony to our pursuit of quality than the title of Warranted Purveyor to the Court of Belgium. Be it in our products, in our business relationships or in our customer service, quality is always our top priority.

Early 1973 the American multinational Allied Chemical (later Allied Corporation) established a production plant called Klippan in Ieper, Belgium. Its task was to manufacture and assemble parts of safety belts to subassemblies. The final assembly was done in the European associated companies that also sold the products. At that time the company employed 600 people.

At the end of 1981 Klippan nv was closed due to economical reasons. Three months later the weaving mill started new production, yet its reduced version was no longer interesting to Allied and the company decided to sell Klippan. IEPERBAND nv was established in 1983.

Thanks to investments in looms and dyeing installations IEPERBAND nv soon grew and won a European market share of approximately 25%, in just a few years time.

To be able to survive in an extremely competitive market IEPERBAND nv merged with the German ELASTIC BERGER Gmbh company in 1987, co-manufacturer of woven band with establishments in Germany, Ireland and Spain.

In Europe, the BERGER GROUP is a leader in the car safety belts industry and has production plants in Belgium, Spain, Germany and China. Besides Europe, it has smaller market shares in China and the United States of America.

The parent company in Germany was established by owner Johann Berger in 1968. First, only elastic bands were produced. Later on, the company discovered the potential of car safety belts.

The BERGER GROUP owes its success also to its approximately 400 committed, motivated and innovative employees. They form a valuable potential whereby development and innovation, aimed at the international market requirements, are at the centre.

The consequent development of the technical safety fabrics’ technology, based on the demands of the car industry, along with the help of the Tier 1 customers, offers the Berger Group an exclusive opportunity to develop and market new technologies.

The various types of bands are homologated by the Tier 1 customers and the car manufacturer, this means that the woven band is only produced after a formal approval of a particular reference sample. The base material is high tenacity polyester yarn.

The overall annual use in the European car industry is a known and easy to observe item of information. The proportional market share of the various woven band manufactures is therefore rather easy to determine.

Cheap raw materials, labour costs control, flexibility and quality are becoming more and more the basic elements defining the power of the company.

Higher quality demands and the ever increasing price pressure forces us to constantly optimise our processes, and to manufacture in a more productive and cheaper manner.

Hartex is a family run business existing 50 years that resolutely opts for a personal approach. With a good stock of raw materials, integrated production and driven employees we can be extremely flexible with regard to production.

We put all our energy and drive into curtain fabrics to ensure a qualitative endproduct.

The creative team that is and surrounds Hartex draws its inspiration from the way in which people live, fashion, home decorating trends but especially the feedback you give us.

OWN HANDWRITING
We offer our own handwriting in textiles thanks to our own spinning mill which develops an exclusive yarn for internal use only.

1. the appearance, the pleasant feeling, the class and the charm of a natural substance can never be matched by a synthetic variant.

2. through the use of natural raw materials, we help to create a healthier and better living environment.

QUALITY
We are unique in that we create a very strong product with natural raw materials in our own facility, which our clients can trust are made to the highest standards.

COLORS
The client can choose from our standard colors or develop their own color, if desired, with a minimum purchase of 100 m/color. The coloring is done according to European legal standards, i.e. that there are no harmful and environmentally unfriendly dye stuffs or supplies used.

Our dedicated R&D department offers ‘core’ fabrics as well as tailor-made product developments to perfectly fit your collection needs. Our dedicated R&D department and specialised internal colour lab ensures that the fabrics are in line with the latest fabric, colour and fashion trends. Concordia Textiles provides a one-stop solution also offering linings and the manufacturing of jackets.

We distinguish fashion formal and fashion casual designed fabrics to meet different lifestyles and occasions. Our fashion formal fabrics are developed with a timeless clean look in mind, perfect for jackets and coats in tailored collections. Our fashion casual fabrics reflect style identity and originality for the fashion-conscious men and women who want a unique and personal style. Concordia Textiles offers therefore a new generation of outerwear fabrics with special applications resulting in leather or chalked looks, under glass effects, metalized effects, etc.

In order to inspire our customers, 2 times a year we develop a fashion-forward collection named “Tendenze” which is based on the latest trends. This collection stands out for its degree of creativity and technical innovation. Depending on the supply chain of our customers, the fabrics can be supplied either out of our Europe or Asia based mills.

Sportswear has become a significant clothing style. With our ‘sports fashion’ range, we distinguish ourselves from the competition by pairing fashionable styling with functional properties such as waterproofness, high breathability, fitting comfort , etc.

Our ‘sports performance’ range is developed for those people who love outdoor activities. The fabrics in this range are based on leading technology in weather protection, breathability, stretch, thermal insulation, etc. and combine excellent functionality with a high level of comfort.

Concordia Textiles is committed to the environment and offers fabrics made of recycled yarns. Both production units are REACH , Ökotex and ISO 9001 compliant.

Through a thorough understanding of the end-user, we ensure the best possible protection for professionals who are exposed to a variety of risks during their operations in either industrial, civil, medical or military markets. 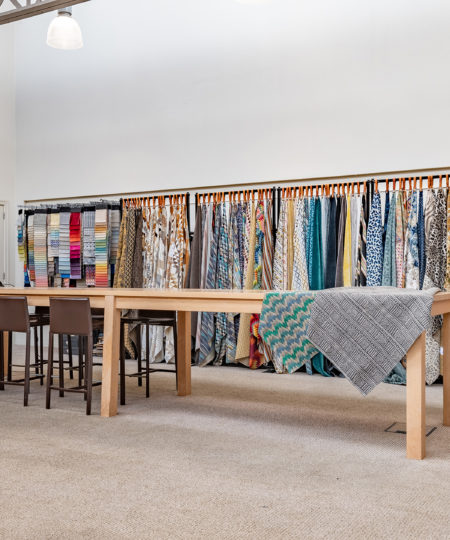 We take pride in what we do.
Bruvatex and Cositex are Belgian jacquard
textile mills weaving high-end exclusive
decorative fabrics.
They are owned and run by the third generation
of the Bruggeman family, with a history going
back to the 1920’s.