A zipper is popularly referred to as a tiret. This is immediately one of the necessities for a sewing project. The name Ti-Ret was not chosen by chance either. Tinny started her sewing shop in Retie in 2011. It’s actually an abbreviation. 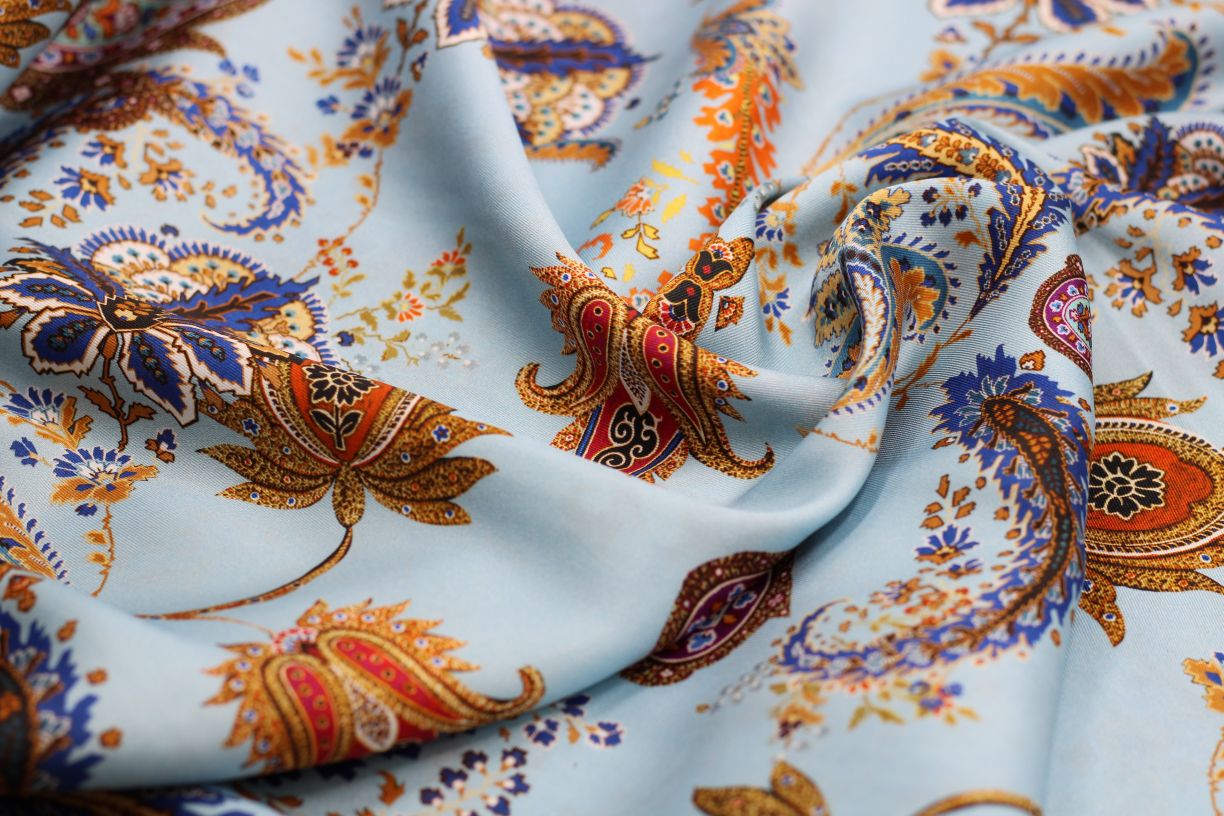 Fabrics, wool, sewing and craft supplies in Retie
Sewing, knitting, embroidery, crochet: does it itch to make something yourself? Visit Ti-Ret in Retie and get advice for your specific project. You will find everything you need to get started.

La Maison Victor fabrics
The real sewing fan will undoubtedly know this magazine. In La Maison Victor you will find different patterns for making fashionable, contemporary clothing. The fabrics used for this are not available everywhere, but luckily they are at Ti-Ret! This way, your homemade clothing looks exactly like the photo in the magazine. 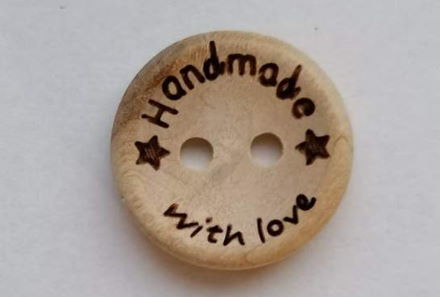 A personal and honest service
When you enter Ti-Ret you can count on a personal service from Tinny. Questions are answered in detail so that you can immediately get started with your creative project. Are certain products not available in the store? Then we will be happy to see if we can order it. 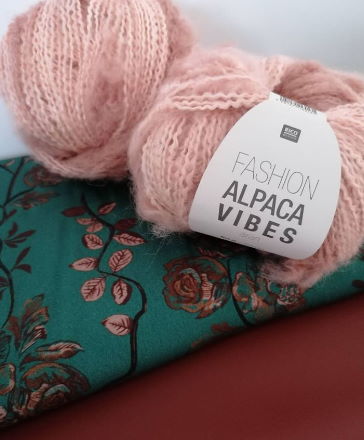 Just enough of the best quality
Dropping by for supplies for a creative project? Then it is best to take the pattern with you. This way we can give you exactly the right amount and you have as few leftovers as possible.

In addition, all our supplies are of the best quality. This way you can enjoy your homemade clothing for a long time.

hey! This is us, two sisters with a passion for sewing and fashion. In 2015 this passion became its own business!

High-quality fabrics for women’s clothing are not easy to find, so we thought there was nothing better than opening a shop ourselves 🙂 What started as a side project next to a full-time job, grew into a full-fledged business in a historic town house in the heart of Mechelen . The cozy space is always filled with beautiful women’s fabrics, patterns, haberdashery and other fun gadgets for every seamstress. With two major collection changes per year, the range remains varied and sensitive to trends. We regularly travel to Paris to look for the latest novelties and to purchase unique, contemporary fabrics. This way your homemade outfit will look like it came from a nice boutique!

A small family business also means personal service! We are always ready to help you in a friendly and non-binding manner. Questions are free, and tips and tricks are included for free! THE LARGEST FABRICS STORE IN THE BENELUX
In our fabric store you will find many (read: a lot of) cheap cotton from € 5.95 per meter! A wide choice of basic fabrics, from tricot fabrics to cotton fabrics, terry cloth, waffle cloth, fleece, terlenka, tulle, jogging, canvas, lining, jeans, imitation silk, organza, velours de panne, felt. Should there be more than that?

BUY CHEAP FABRIC IN THE COUPON BIN
Are you starting for the first time and do you want to get used to your machine? Need leftovers for a craft project and so on? One word for this: coupon box online and in the physical store! Here you will find pieces of fabric of different sizes, colors and qualities. For only € 3 per meter!

ACTION DAYS
Be sure to keep an eye on our website and/or Facebook because the Stoffenstraat Action Days are regularly held. Then you will find thousands of coupons outside on our premises and in the online fabric store at prices that are just as soft as our fleece.

SHOP IN KASTERLEE
Our fabric store will surprise you in the quiet Kempen with a beautiful, large building. The promised land is 50 km from Eindhoven and 55 km from Antwerp. Or rather: the promised store where the Kasterlee dust locks open!

TEAM BEHIND ONLINE & PHYSICAL FABRIC STORE
Behind the walls of the remarkable building in Kasterlee, a 7-person team of sewing addicts is hiding. Cindy, An, Miete, Edith, Greet and Tinne. And even if we say so ourselves, we are not short-sighted. We even have a lot of fabrics, no less than 2 floors full. On both floors you can find someone who will assist you with advice, scissors and tape measure.

BRANDS, FOURNITURES AND MORE
Of course there must be more! Lovers of designer fabrics have also come to the right place. The collections of Stenzo, Inspired by Poppy, … can always be found with us. And don’t forget to check out the beautiful tricots from Megan Blue Fabrics, because we have them all under one roof!

Suddenly go through the haberdashery, then you can also choose a nice elastic, original bias tape or a zipper. You will also find a wide range of haberdashery from Prym to neatly cut, pin or finish your fabric. After which we add a suitable color of Gütermann sewing thread so that you are completely ready to get behind the sewing machine. Without having to go back because you forgot something, recognizable right? 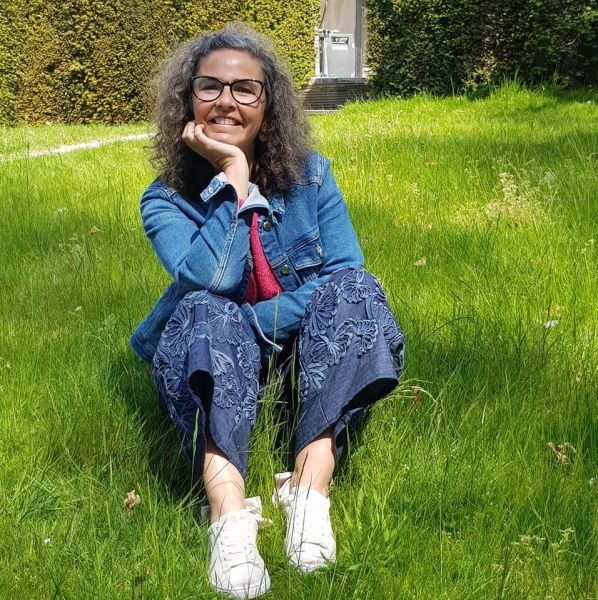 I am Veerle, married to Jeroen and mother of 3 teenage daughters Frauke, Mare and Lobke (hence Framalo).

After a career of 15 years in education, it was time for me for something new. My daughters also needed some extra mommy love at that time, so working from home was up for me.
It all started with 10 fabrics in my living room cupboard. This quickly expanded to my desk, bedroom… and then eventually converting the garage into a real store.

But the garage shop also quickly turned out to be too small and after a while I also got tired of breaking up and dismantling the workshop tables.
Three years ago we took the decision to move to a larger building in Houthulst with sufficient retail and workshop spaces.

It’s often long and busy days for me but I don’t regret it for a second! Framalo became my fourth child, a fabric and wool shop but above all a workshop and DIY place. Every day I enjoy giving workshops and lessons. Every day I remain “Miss” but in my own way.
Teaching will always remain a part of me. Giving inspiration to others gives me enormous satisfaction and the spirit to continue. I want to inspire and make people create each in his or her own way. How a piece of fabric can turn into something beautiful, something completely finished. How a thread of wool can become a warm scarf around someone’s neck and give a warm feeling when someone compliments it. Because that is my goal: to meet and enjoy!

Of course I don’t do all this alone and I have a great team behind me! 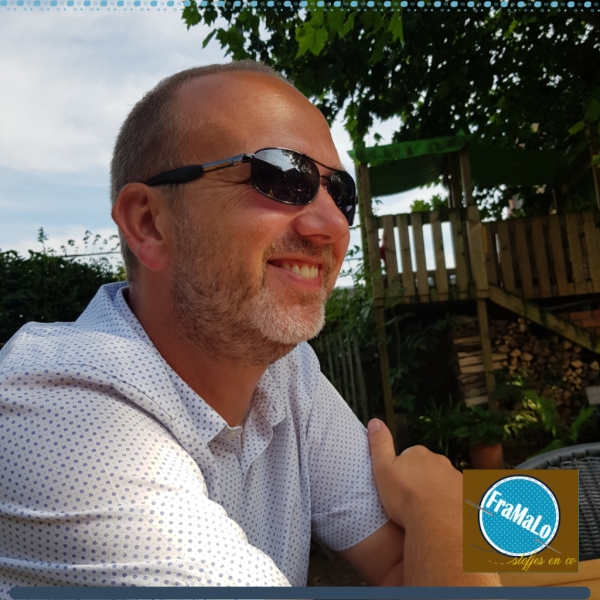 Mister Framalo or Jeroen. In daily life school director but also my support and rock. The man who pulls me through when the going gets tough, who keeps saying that everything will always be okay, the one who always goes along with my moving whims, my financial director, help at fairs and cook at the children’s camps. 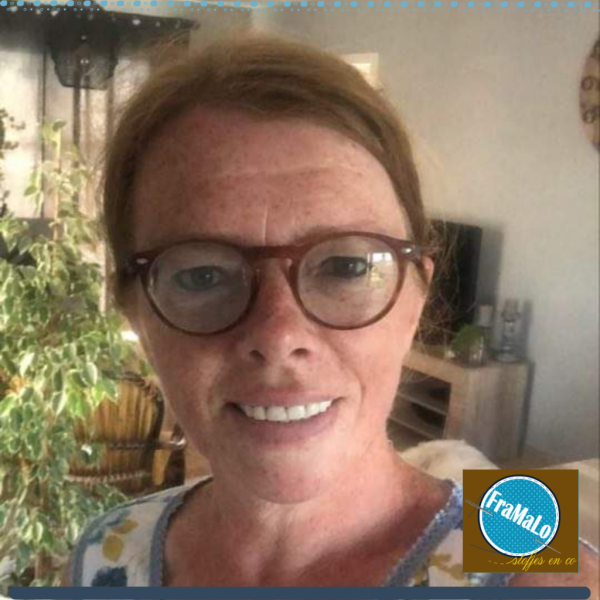 Katrien helps out in the store as a saleswoman and gives perfect advice on fabric and pattern choices. She also gives advanced sewing lessons on Wednesdays and Fridays and processes all our retouches.

Guy’s Naaicentrum was founded in April 1982. The story begins decades earlier, in the 1930s. Désiré Van der Vorst, the maternal grandfather of founder Guy, started trading in the Waasland markets with merchandise such as buttons, sewing thread, zippers, etc, to sell. Later he also starts a shop in the Slangstraat in Hamme.

Two of his three daughters, Annie (Guy’s mother) & Irène, later join the company with their respective husbands. Irène and Etienne successfully ran the shop in Hamme until 1997. Between the 1960s and 2005 Annie, Jozef and son Guy sold an extremely extensive range of high-quality sewing materials on the markets in Waasland and Dendermonde. 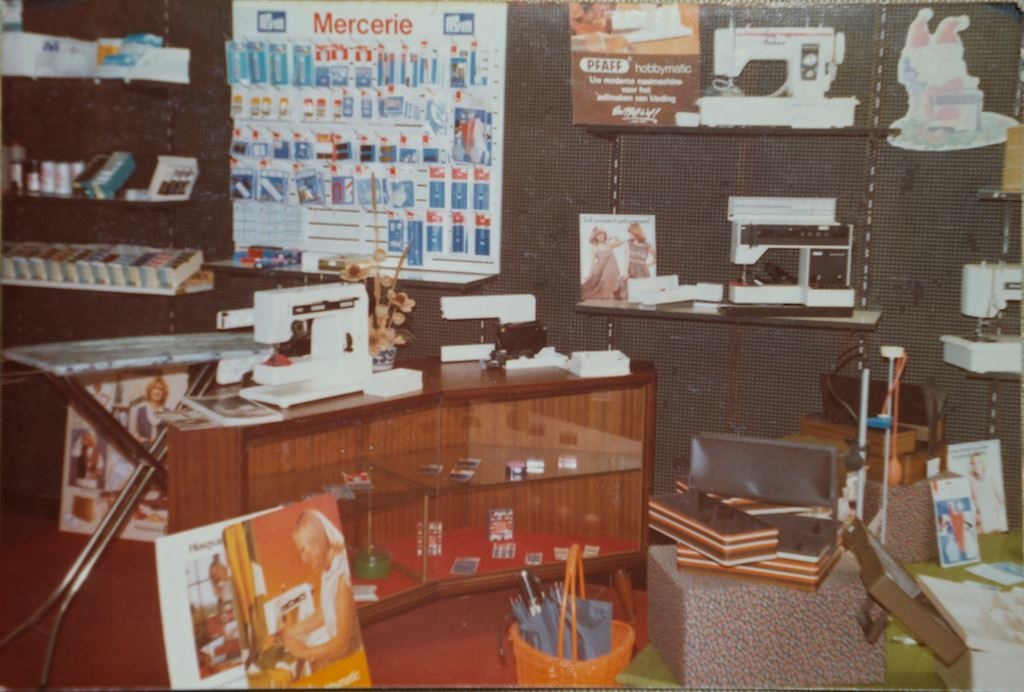 In 1982 Guy starts in the sewing machines. With a technical background as a background, he starts training with the most renowned sewing machine manufacturers of the time: Husqvarna in Huskvarna, Sweden on the one hand, and Pfaff in Kaiserslautern, Germany on the other. He learns all the basic elements to repair and adjust a machine. During the same period, he meets Chris, his future wife. Soon Chris, meanwhile his wife, begins to learn many tricks of the sewing trade from Guy.

During that period, Guy’s Sewing Center was located at 2 Plezantstraat in the center of Hamme. With the extensive range they already had at the time, they quickly proved to be an established value in the Waasland and beyond. Guy’s Sewing Center is bursting at the seams for the first time and a brand new store is opened in 1987 in the Roodkruisstraat. In the meantime, in addition to all possible sewing materials, from embroidery and overlock threads to an unprecedented range of zippers to scissors, various brands of machines have also been added to the range: the Japanese top manufacturers Babylock and Janome (then marketed in Belgium under the brand name Lewenstein). ) join the range. In the mid-1990s, the store was expanded for the first time with an underground warehouse, extra large showroom annex classroom and computers for software lessons. A few years later, the quality brand Bernina is also added to the range.

At the end of 2004, the range was expanded to such an extent that a new expansion was necessary. The new building with adjoining shop is being built in record time. In less than 12 months, Guy’s Sewing Center has doubled in size. Quilting fabrics, gems from Gütermann & Swarovski and an even more extensive range of handicraft items, such as knitting yarns from quality brands Lana Grossa, Rowan and Schachenmayr, further complete the range. With the sewing machines, the Japanese brand Juki completes the unparalleled selection of overlock machines and the quality brand Bernina is also included in the range.

From the autumn of 2012, his son Joris also joined the family business as the 4th generation in the sewing sector. He gradually learns the trade from both his father Guy and mother Chris as well as from the countless courses he regularly follows: he follows the lessons of Pfaff & Husqvarna VIKING, Bernina’s 3-4-5-7 series and the countless Janome- models, but also of all brands of overlock machines. Embroidery software and the multi-needle Janome MB-4/MB-7 series also hold no secrets for him.

In 2017, the decision was taken to tear down the adjacent building on the other side and build a completely new store: spacious, modern and light are the keywords here. Demolition will start in July 2017. After a tour de force, Guy’s Sewing Center 2.0 will open its doors in August 2018. An extra spacious showroom, much more light and space in all areas, efficient quality lamps to give the most true-to-colour image of the products,… Everything has been thought of. There is also a spacious classroom for the private lessons of the machines and workshops. The new store has a low carbon footprint in relation to its size:

Our permanent team of people now consists of Guy, Chris, Joris, Hilde, Anita, Liesbeth & Lore. Fixed points of contact to offer you the best possible service, each with its own specialty.

Far and wide, in East Flanders, Antwerp and Flemish Brabant, we are known for our customer-friendly service, clear explanations without buzzing marketing terms, large stock, unparalleled range. Guy’s Sewing Center is therefore the one-stop-shop for everything that has to do with sewing, needlework, knitting, ….

You read it. Passion and knowledge for and of our profession, it has been in our blood for generations. Since the 1930s, we have distinguished ourselves with the choice for

Stoffen Artevelde is a family business, founded in 1967. The 240 m2 store is located at 48 Vrijdagmarkt in Ghent.

Our range is very extensive and you can view it by clicking on the photo. Feel free to drop by for more information about our fabrics in Ghent.

We are always ready with advice and are happy to welcome you in our store.