Throughout his career in the fashion industry, Belgian entrepreneur Marc Gysemans has had a privileged relationship with designers. His flair for creativity and style — as well as his clear and precise understanding of fashion — helped him grow his business gradually. Since 1986, he has taken some extreme statements and turned them into a commercial reality. 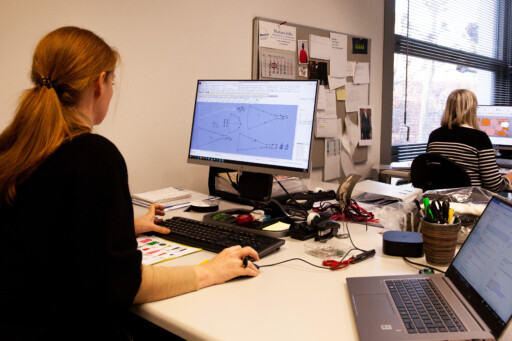 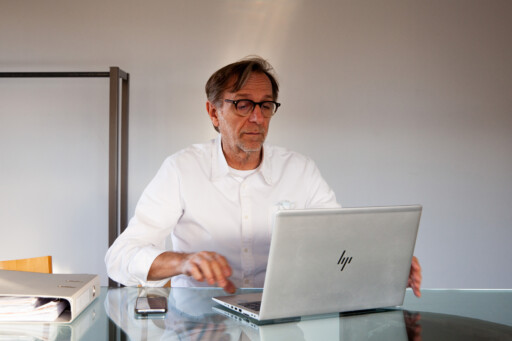 Gysemans Industry has made collection development one of its major assets. Together with his clients, Marc Gysemans looks into relevant and adequate strategies, adding value to the final product. Correcting mistakes — and dealing with certain discrepancies — both play a fundamental part within the process, making sure the outcome remains professional. Throughout the prototyping and pricing steps, cutting-edge software provides the designers with precious tools, allowing them to manage their time and resources better. Cost can be calculated precisely and addressed accordingly, working out margins in a more efficient manner. 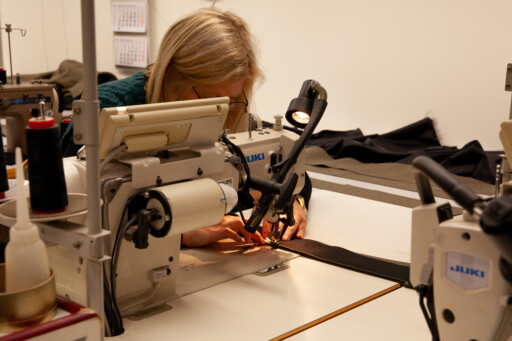 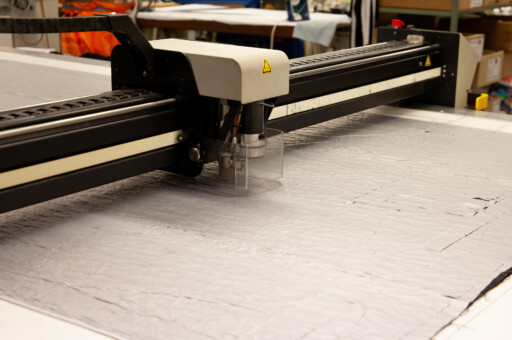 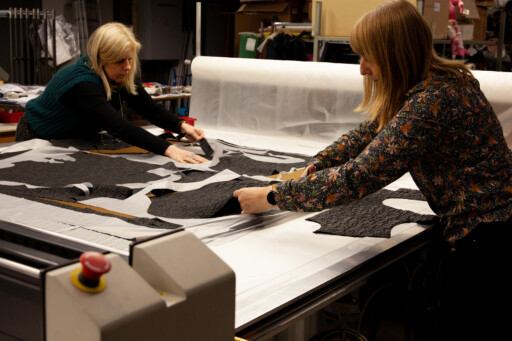 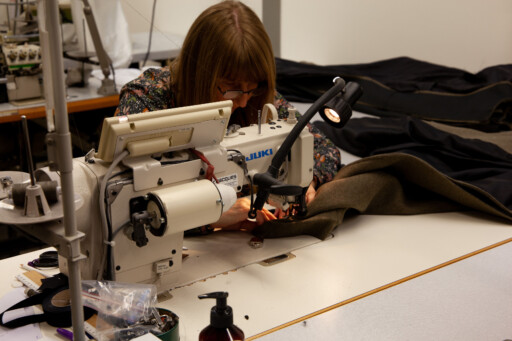 Gysemans Industry provides its clients with costeffective and appropriate schemes, from sample prototyping and licensing to manufacturing and outsourcing. Designers and brands are treated with care, using a rigorous, reliable and tailor-made approach. Marc Gysemans respects a designer’s vision, never interfering in his or her creative process. Accompanying clients throughout the production process — from preliminary sketch to finished piece — Gysemans Industry prides itself on delivering the goods, aiming for higher standards and a variety of choices. With a sensibility for the high-end and outstanding design, the company keeps on evolving within its segment, offering consistency, as well as a proactive attitude. 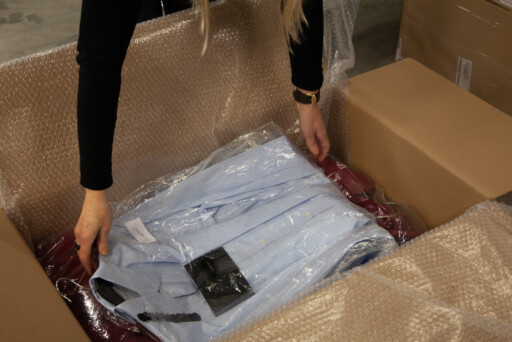 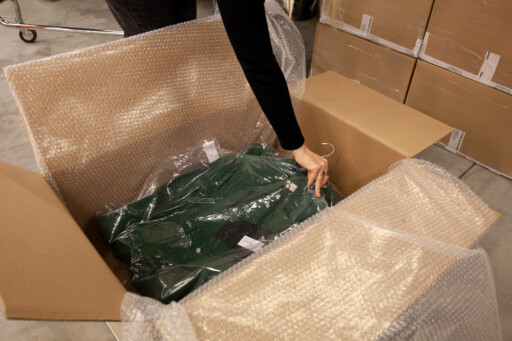 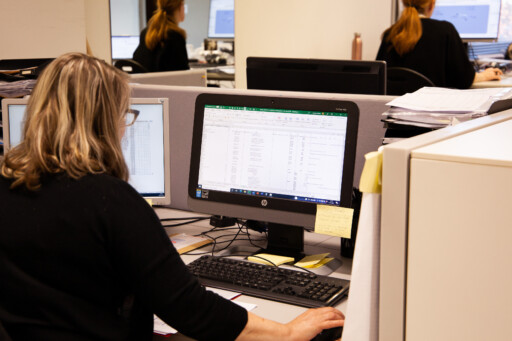 Gysemans Industry ships collections worldwide, working with international designers, as well as reputable stores. Managing on time delivery across several territories is one of the company’s main concerns and key objectives. This is vital for designers if they want to be taken seriously. With an awareness of the hectic speed of fashion, Marc Gysemans also collaborates with commercial teams, anticipating fabric orders and making sure pieces leave the factory on time. Emphasizing team work and structured communication, Gysemans Industry has the infrastructure and necessary backup to compete internationally, offering more than 30 years experience in the field of distribution and shipping.

Since its foundation in 1871, Hellmann has developed into one of the largest international logistics providers. With our high-performance products Airfreight, Seafreight, Road & Rail, and Contract Logistics, we always offer the right solution for the complex logistics requirements of our customers and rely on future-oriented digital services for maximum transparency and more efficient supply chains.

Not only do we have the right people, the right facilities and the right equipment, but we also have the necessary know-how for your product. Efficiency is our prime objective.

As a long term, reliable partner for our customers, it is our mission to offer flexible, high quality logistic solutions and continuous improvement as a competitive advantage for our customers.

Thanks to its long experience, the Katoen Natie Fashion & Professional Apparel Team has the competence to manage Fashion Logistics to very high standards, offering the quality and delivery performance that are so crucial in today’s competitive Fashion market.

Not only do we have the right people, the right facilities and the right equipment, but we also have the necessary know-how for your product. Efficiency is our prime objective.

As your logistics partner, it is our duty to stay ahead of the market trends and to continuously adjust and/or develop our service with a clear focus on offering you:

Katoen Natie, tailored to your model:

Nova Natie is shareholder and managing partner in NHS which owns and operates 2 Breakbulk Terminals in the Port of Antwerp with a total surface of 55 ha of which 140.000 sqm warehouses and 2,8 km quay length to handle deep-sea vessels, coasters and barges.

A dedicated staff and decades of involvement in port activities , transport and shipping have resulted in a vast experience and know-how. Supporting Services are offered to meet the customer’s specific needs and requirements.

forwarder in the business since 1973.

POLYTRA is all about thinking ahead.

POLYTRA shares its passion with you. From daily transport to “mission impossible”, we consider every job as an exciting challenge. At POLYTRA, we don’t take no for an answer. Even when it comes to special goods or distant and challenging destinations, you can count on our expertise to get it there, on time, every time.

We do more than just ship your cargo. We actively construct innovative solutions for faster, safer and more economical transportation. As logistics partners and experts we assist you to develop methods to streamline your own operations.

We have a proven expertise in “African logistics”, projects & engineering, 3PL freight forwarding and supply chain management. POLYTRA offers the full range of services the client would expect from committed market leaders. Thanks to our highly developed IT system, we assist the client to find the right solution for their logistics requirements.

Thanks to our extensive network, we are able to ensure a smooth passage for all your cargoes to all destinations, even through unknown territory.

VdH is a family business specialising in logistical support for direct mail, marketing activities and e-commerce. Flexibility and customer-orientation are in our genes: your guarantee for a personal service. We join with you in proactively finding a solution tailored to your objectives and expectations. In doing so, we are pleased to share the fruits of our many years of experience and specialist knowledge.

ZIEGLER truly integrates (totally or partially, according to the needs) into the customer’s logistic chain. Thanks to 930,000 m² of warehouses all over Europe, ZIEGLER offers modular solutions, adapted to your products. Our specialists implement customized solutions, according to the kind and fragility of your products, and to your picking and packaging requirements. By optimizing your manufacturing and distribution processes, ZIEGLER helps you to save quite a lot of money, and thus increase your competitive advantages.

Supply chain and fulfillment solutions for the fashion industry.

The pace and volatility of business for our fashion customers is tremendous, and we keep up with them and support them in creating the best fulfillment solutions to optimise both speed and cost.

2010:
After China, the ZIEGLER network expands in Greece (Ziegler Hellas in Athens), Poland (Sostrana in Warsow) and in South Africa
through Logisticor with offices in Johannesburg, Durban and Beit Bridge.

2009:
SPECIAL FOCUS CHINA : ZIEGLER offers complete logistics solutions for seafreight and airfreight between Europe and the coastal and inland regions in China.

2007: ZIEGLER Aalst wins the award Logistics Project of the Year for its developments dedicated to two wheels.

2001: The ZIEGLER Group strenghtens its national distribution network in France by taking over Trans Service and Chatel.

1994: IATA appointed ZIEGLER as the first air freight forwarder in its classification.

1986 : Presence on the Moroccan market. Today, ZIEGLER MAROC is one of the few Moroccan multimodal operators with own warehouse inside the port of Casablanca.

The 60’s were characterized by a rapid expansion of the Group in the Benelux, France, the UK and Switzerland.

1958 : ZIEGLER was appointed as the official transport and logistics service provider for the Brussels World Exhibition. This event was the starting point of a true development and an international evolution.

1919 : ZIEGLER was acknowledged as the market leader for wine and alcohol imports from France.

Founded in 1908 in Brussels by Mr. Arthur Joseph Ziegler, ZIEGLER quickly developped to offer quality services in the field of transport and logistics.