More than 60 years ago, the couple Roger and Simone Decremer-Persoons started the production of luxury slippers in Tildonk. In the 1970s they changed direction: they started a wholesale shoe business and opened a first modest shoe shop under the church tower – the stepping stone to what would later become Carmi. Today the company is led by their eldest son Michel Decremer and his wife Marie-Claire Martens, who have developed Carmi into a beautiful total store for shoes and clothing for the whole family. 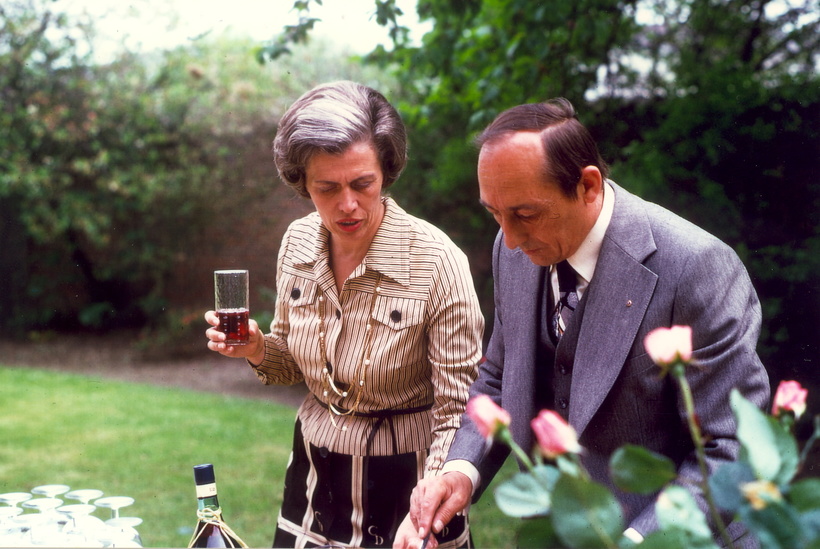 Start of a thriving business

The whole story started in 1954, when Roger Decremer and his wife Simone Persoons decided to start their own business. Through a cousin, they came into contact with a supplier that produced rubber soles, and so the idea of ​​making slippers was born. As an engineer, Roger was involved in the design of machines and patterns, Simone chose the materials and drew the designs. The Perro brand – the first letters of Persoons and Roger – was born. Some of the slippers were genuine luxury slippers made from haute couture fabrics, which they were allowed to supply years later to Bally, a well-known Swiss chain of shoe stores. During that period they worked with about sixty people. The entire production took place in Tildonk, in a new building next to the parental home. Today this is still the headquarters of the company, where an enthusiastic team takes care of the accounting, personnel administration, purchasing, marketing, web sales and the warehouse. 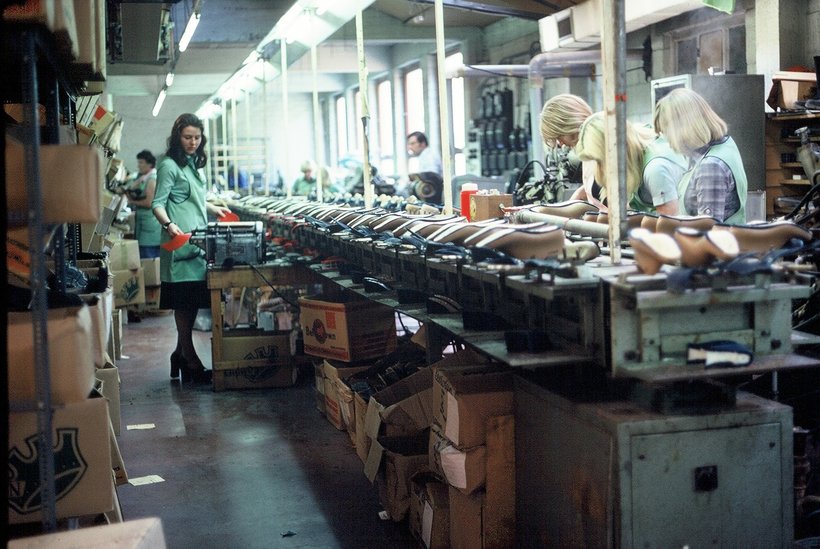 From Perro to Shoe Center

Due to the sky-high wage costs, the production of slippers was stopped in 1979. The Perro company, meanwhile a wholesaler in shoes, became an agent for other shoe brands, including Primigi, Bellamy, Gallus, Arima and Arriva. Twice a year the people from the neighborhood could go to the old stitching shop above the head office to buy the remaining slippers and the wholesale stock. An embryonic form of the current Carmi branches, so to speak. Not much later, Roger and Simone opened their first shoe store, the Shoe Center. In addition to Perro’s own slippers, customers found various men’s, women’s and children’s shoe collections there. 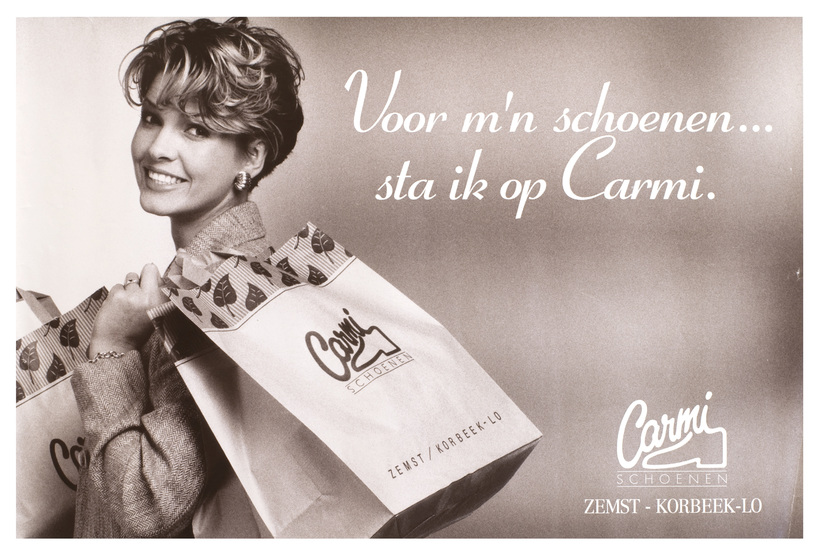 Carmi sees the light of day

Under the impulse of their eldest son Michel, the Decremer family again went in search of renewal and expansion. In 1985 they were able to acquire a spacious and well-located building in Zemst. Just outside the center, the former Carpetland building became vacant, with a spacious parking lot. There the first building blocks would be laid for what Carmi is today: the shopping address in the region with more than 300 top brands in shoes, handbags, clothing and accessories under one roof. The opening was an overwhelming success. Michel: “In a press campaign we announced that the first five hundred visitors would receive a barbecue as a gift. There has been a long queue from early in the morning. It was a bull’s eye.”

The offer is expanding

About five years later, Werner also joined the business, after which the two brothers continued to build on the success of Zemst. In 1988 the store in Tildonk was closed and moved to Korbeek-Lo: the second Carmi was a fact. And in 2002 a third branch was opened in Aubel in Wallonia. Initially, Carmi only sold children’s, women’s and men’s shoes, but afterwards also a limited range of casual wear. About fifteen years after the start of Carmi, the range was expanded to a full-fledged clothing collection.

In the 1990s, the Decremer family opened four Mephisto stores in Brussels, Antwerp, Hasselt and Knokke. And there is also the Kid children’s shoe store in Leuven, and the Gabor shops in Ghent and Knokke. The Carmi’s in Zemst and Korbeek-Lo have since been repeatedly renovated and enlarged to accommodate the increasingly extensive range.

At the end of 2016, Werner and his wife Kathy, who had been in charge of the marketing department for a dozen years, decided to take their careers in a new direction. In the meantime, Elke and Jan, the children of Michel and Marie-Claire, have also started in the business.

Everything starts with the customer

A great deal of attention is paid to service and customer-friendliness in the training of sales personnel. “Whatever you buy, at Carmi you can count on personal service. Our experienced employees are always ready to give the appropriate advice. And we notice that the customer is asking that more and more. Our saleswomen and salespeople regularly attend refresher courses at the various brands. In this way they can guide the customer even better with his purchase”, says Michel. “The role of the Carmi team is very important. We try to surround ourselves with the best people, in the stores and also at our administrative services and in the warehouse in Tildonk. Our after-sales service is also supported by two experienced master shoemakers, which is an enormous added value for the customer.”

Finger on the pulse 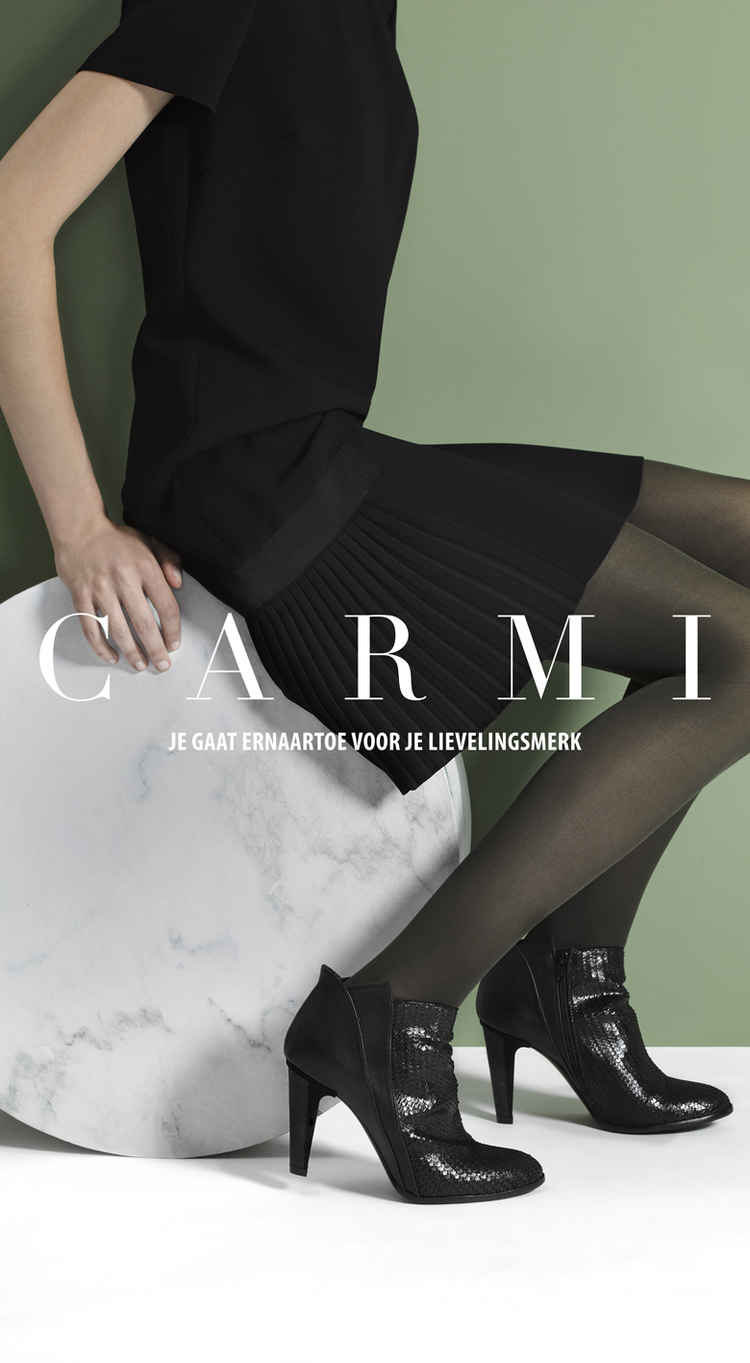 Marie-Claire, Michel, Elke and Jan are also in the shops as much as possible, in order to keep in touch with the customer. “We only exist thanks to the customers and you have to earn them every day,” Michel says. “Hence the wide range of more than 300 top brands for women, men and children at Carmi and the largest possible range within each brand. The customer really has to find everything in the store. Only then is a visit to a Carmi store worth the trip. The webshop also sells the entire range of shoes, slippers, handbags and accessories. We keep our finger on the pulse when it comes to fashion. Brands come and go, and we have to be very vigilant that we have the right offer at the right time. Because our customers come to us for their favorite brand. It is our job to ensure that we have it in-house.” 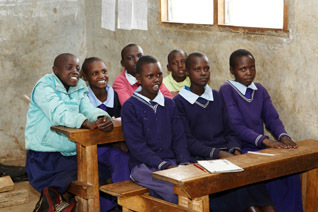 Right from the start, Carmi has consistently drawn the card of social engagement. With the Senden Home shelter in the Philippines, there has been sponsorship for many years amounting to 2% of the turnover of the children’s shoes. In 1997, a permanent partnership was started with Natuurpunt Oost-Brabant. Since 2012, Carmi has also provided support to the Kenyan Ilkujuka in Loïta Hills. An initiative that was followed in the sector and we applaud that at Carmi: the more of these types of initiatives, the better.

Carmi through the years

Today Carmi has been around for 32 years. We take you on a journey through time!